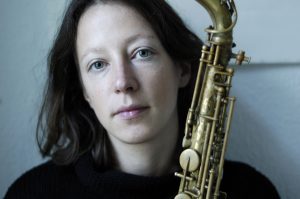 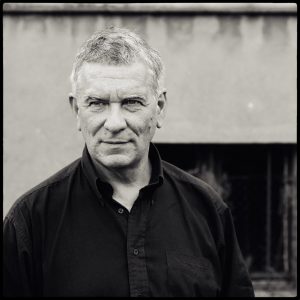 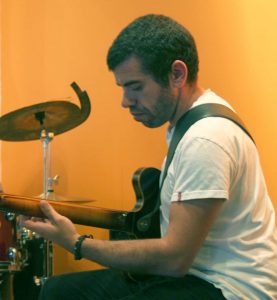 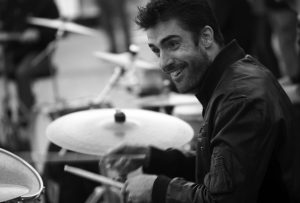 Anna Kaluza is a very active member of the Berlin improvising community. She studied for a Master’s degree at City University / Guildhall School of Music and Drama (funded by the German Academic Exchange Service). She was a member of the London Improvisers Orchestra during her stay in London, and she founded the Berlin Improviser’s Orchestra on her return to Germany. She has many ongoing projects, including the London-Berlin ensemble – the Haman Quintet.

Noel Taylor is the band’s coordinator, and along with Anna Kaluza, a member of the band since its inception. He runs the small citystream label which has published the bands CD’s & is a very active organiser of improvised music events. He is one of the most regular  conductors with both the London & Berlin Improviser’s Orchestras.

Tom Greenhalgh, also a graduate of Middlesex jazz, is a drummer cherished by Splatter but also by many other groups – notably Metamorphic, World Sanguine Report, Vole & others.